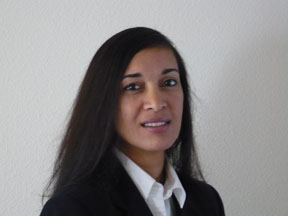 Let’s start with the easy stuff – give us a sample of your professional background and experience.

In addition to working in the industry for eleven years, I’ve consulted for diversity and inclusion (D&I) for nearly two decades. My skills and experiences in demand included auditing to determine the current D&I gaps within the business, troubleshooting to pinpoint root causes of D&I issues, creating results-oriented D&I programming, and resolving intercultural conflicts. As a cultural anthropologist, I am interested in best practices in diversity and inclusion in corporate settings as well as cross-cultural issues in a variety of spaces. I have advised both domestically and internationally, and offer my services in my free time to local non-profits to remove barriers for marginalized youth and adults and promote intercultural peace and understanding

What brought you to PLC?

PLC’s mission and values align to my own, and demonstrates them daily through its committed support in serving the community.

What are you most excited about in your new role?

Collaborating with like-minded individuals in service to the community.

What’s your idea of a perfect day?

Spending time with my family (and that includes my pup!) doing anything at all. Oh, and a pot of masala chai!

If we pushed play on what you were last listening to (music, podcast or otherwise) what would we hear?

Anecdotes of the Buddha’s life, as related to his disciples, collected in Old Path, White Clouds, by Thich Nhat Hanh.

Pre-COVID, you’re invited to a pitch-in, what are you bringing?

If the gathering includes many vegans and vegetarians, then I like to bring roasted veggies. If mostly non-vegetarians are attending, I bring a rice pilaf so that vegetarians have something filling to eat.

Who is someone you look up to? Why?

This is a difficult question – I have been fortunate in being acquainted with so many I admire! My paternal grandmother, Mataji (called “Respected Mother” by everyone), passed at 103 years of age. During her lifetime, though she only had a formal education to eighth grade, and was married at age 14, Mataji continued her self-education throughout her life. While raising nine children, she also civilly fought for India’s independence from British Rule (pregnant and nursing, she still protested against the British and went to jail. She shamed the British who released her.) She saw India gain her independence, witnessed the advent of cars and electricity, as well as the women’s vote. She proudly voted in every election, even though she had to be carried to the voting booth in her later years. In her late nineties, continuing her lifelong love of learning new things, she asked her grandson to teach her how to use his computer. Mataji warmly welcomed people of different faiths and ethnicities to her family despite being raised as a conservative Hindu. She was a fiercely independent woman and supported progress while living her principles. Her love, warmth, and dignity infused everything she did. I learned much of acceptance, humility, and courage from her.

Lastly, how did you celebrate when you accepted your new job?

With a pot of masala chai!